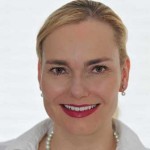 Prof. Ertl-Wagner performed her residency training for radiology and a fellowship in neuroradiology at the University Hospitals Heidelberg, Marburg and Munich. In 2001, she was a fellow of the American College of Radiology Imaging Network on a research and education grant of the Radiological Society of North America. In 2004, she completed her habilitation at the Institute of Clinical Radiology, University of Munich, Germany, and received the Venia legendi at LMU Munich (associate professorship).

Prof. Ertl-Wagner has authored or co-authored more than 75 original peer-reviewed articles with a cumulative impact factor of more than 250, over 25 review articles and book chapters, 5 textbooks (4 now in second edition) and over 100 scientific abstracts.

Prof. Ertl-Wagner is associate international editor for the Journal of the American College of Radiology and a regular reviewer for numerous national and international journals including European Radiology, Neuroradiology and Investigative Radiology. She is also chairperson of the Education Committee of the European Society of Radiology (ESR) and member of the Executive Council of the ESR.

Prof. Ertl-Wagner is married and mother of three daughters.